Does the specialized vocabulary of rare book descriptions read like a secret language to you? In this series we will unveil the meanings behind a few of the more unusual and interesting terms that can read like a secret code to the uninitiated. Today: Fore-Edge Paintings.

The Definition: While this term can technically apply to any book with a painting executed on the fore edge–the edges of a book on the right-hand side when laid face-up–it is really meant for the examples that are concealed until the user bends the pages at an angle, fanning the edges and revealing the image. Often a layer of gilt is added on top so one cannot observe the traces of color that hint to the presence of anything extraordinary underneath.

The Context: The technique is most commonly seen in English books from the late 17th century through the 19th century. The Edwards family of Halifax brought this and a number of other unusual binding styles into vogue in the 18th century, and it has seen periodic revivals ever since.

Watch a video that reveals the hidden fore-edge painting on this 1854 edition of Felicia Hemans’ Poems. 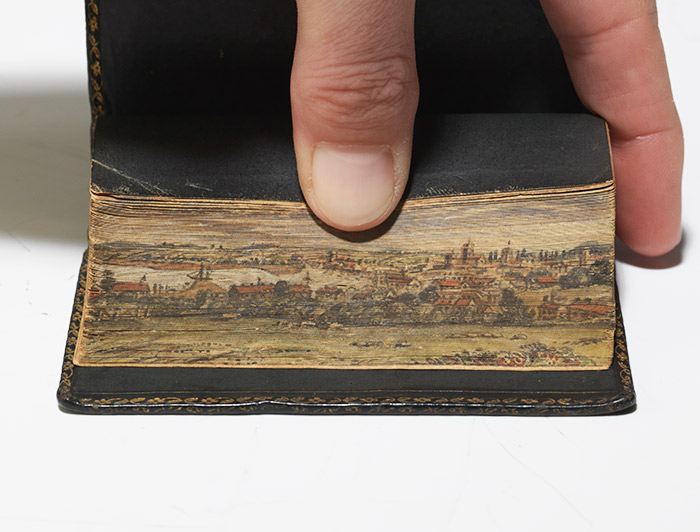 Ships on the Thames. A fore-edge painting on an 1811 first edition of Hodgson’s biography of Reverend Porteus. (BRB 47744)

1816 edition of Beattie’s poem The Minstrel, with a fore-edge painting of Aberdeen (BRB 29789) 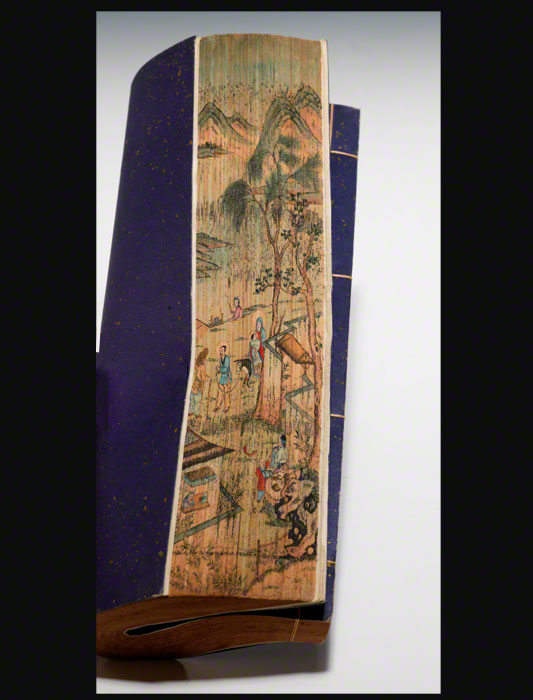 Have a term in mind you’d like to see in this series? Write it in the comments below.