The Story Behind Uncle Tom’s Cabin by Harriet Beecher Stowe

In January of 1851, a 40 year old homemaker and mother of six received $300 from a Washington D.C. newspaper to write a short antislavery narrative. Staying up nights after putting all her children to bed, she wrote the planned three parts, then continued expanding it, ultimately reaching 39 parts.
The paper was the antislavery National Era, the writer Harriet Beecher Stowe, and the work Uncle Tom’s Cabin. As she finished portions of the work, she would read them to her family, including her young children. According to the biography written by her son Charles Edward Stowe and grandson Lyman Beecher Stowe, these readings made her ten and twelve year old sons “burst into tears” at the horrors of slavery.

The beginnings of Stowe’s story were inspired by true events. While visiting her brother in Boston, Stowe met the Reverend Josiah Henson, an escaped slave. He told her of an image burned into his memory: “his own father lying on the ground, bruised, bloody, and dying from blows” by his master—who beat him for trying to defend Henson’s mother “from an indecent assault.” Soon afterwards his father was sold and separated from Henson and his mother. Henson was only about three at the time.

Soon after this experience, an event occurred that changed Stowe’s life forever. During a church service, a sort of vision “seemed to pass before her.” It was the death scene of Uncle Tom. The power of this moment almost caused her to start weeping right in the middle of the service.

As soon as she returned home, she locked herself in her room and started writing. The story goes that a large portion of that day’s writing was recorded in pencil on brown paper from a grocery bag—the only paper she could find immediately on hand. 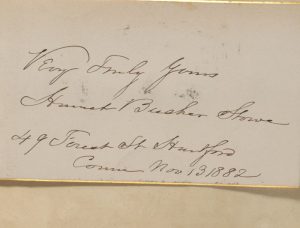 Surprisingly, the first publisher Stowe approached to print the serialized story in book form actually turned her down, explaining that “there was so much feeling against interfering with… ‘The rights of the South.” The publisher felt it would be impossible to sell even 1000 copies of the book.

John Jewett of Boston, however, was willing to take on the project. He offered her a choice between 10% of the royalties or half of the profits. Given that the latter choice meant she took on the risks of the costs and losses should the book not perform well, Stowe was advised, and indeed chose, to take the 10% royalties. 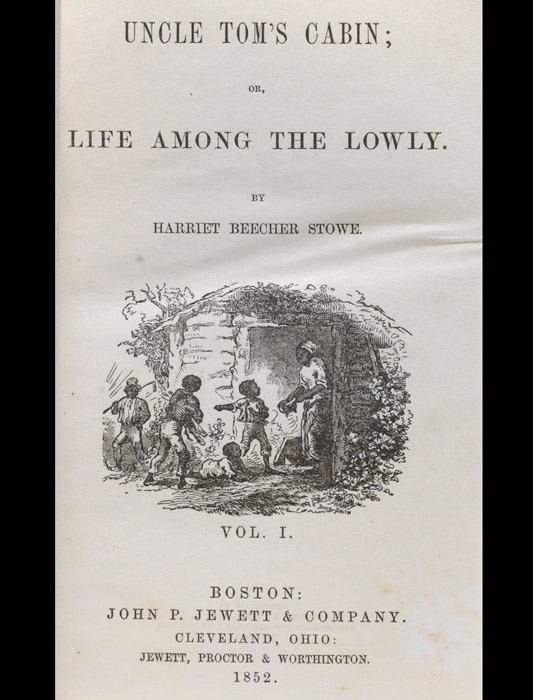 A first edition of Uncle Tom’s Cabin, printed by John Jewett of Boston.

Stowe originally took up writing in order to supplement her husband’s meager income, and often felt frustrated that she was obliged to work because they were so poor. Not herself convinced that Uncle Tom’s Cabin would sell well, Stowe said she only hoped it “would make enough so I may have a silk dress.” 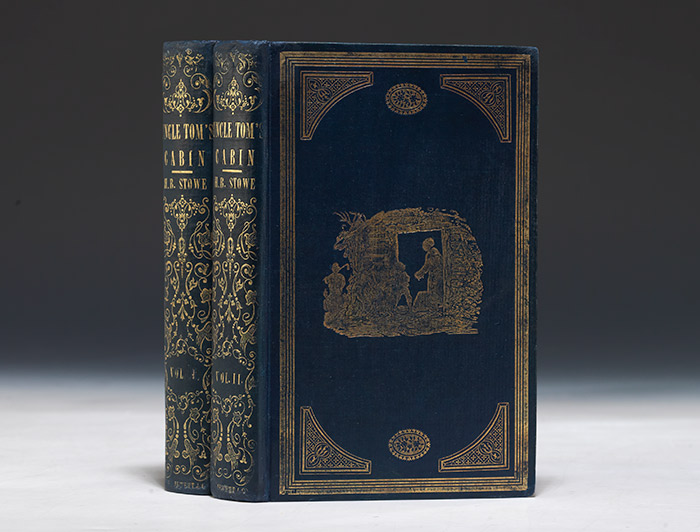 In the end, her “safe” choice of the royalties over profits cost her a fortune: over 300,000 copies sold within the first year alone.

No book by an American previously had become an international bestseller on such a grand scale. Interestingly enough, the next American book to equal its success on an international level was Gone with the Wind in 1936. 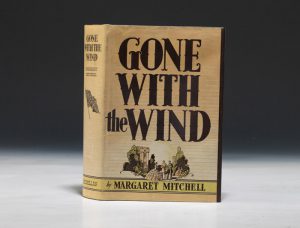 A first edition of Gone with the Wind.