The Society of Cincinnati

In 1783, hard on the heels of the American Revolution, a group of Continental Army and Navy officers founded the Society of Cincinnati.  It was one of the earliest fraternal organizations established in America.  Spearheaded by Henry Knox, who served as the Army’s chief artillery officer and later as George Washington’s Secretary of War, the Society’s goals were multiple.  Foremost among these goals was the founders’ desire to preserve the fraternal bonds forged during the war and to honor in both memory and deed the service and accomplishments of the military officers and their French counterparts. 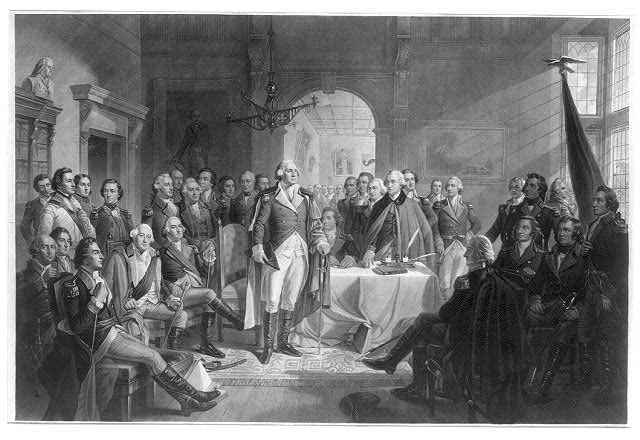 “Washington and his generals” by A.H. Ritchie (image courtesy Library of Congress)

The Society takes its name from Roman aristocrat and statesman, Cincinnatus.  He was an early champion of the patrician class, though not so much the plebian class.  (Cincinnatus and Hamilton would have had a lot to talk about.)  The founding document, which details the rules and tenets of the Society, is known as The Institution.

Washington served as the Society’s first President General, and Knox served as its first Secretary General.  Each of the 13 colonies formally organized a state-level Society, and a French Society was also established in Paris.  Membership was limited to commissioned officers and passed on hereditarily upon the death of a member to his eldest son.

Bonus fact: In 1790, Arthur St. Clair, who served (among much else) as the Governor of the Northwest Territory, renamed the Losantiville settlement in what would become Ohio Cincinnati in honor of the Society.

The passage of membership from father to son is strikingly highlighted in one of BRB’s current holdings: an original engraved Society of Cincinnati membership certificate issued to Henry Alexander Scammell Dearborn in 1833.  Engraved and printed circa 1797, the certificate is boldly signed by both George Washington and Henry Knox.  (Although the certificates were signed around the time they were originally printed, they remained otherwise blank and undated so that the various state-level Societies could fill them in as needed.) 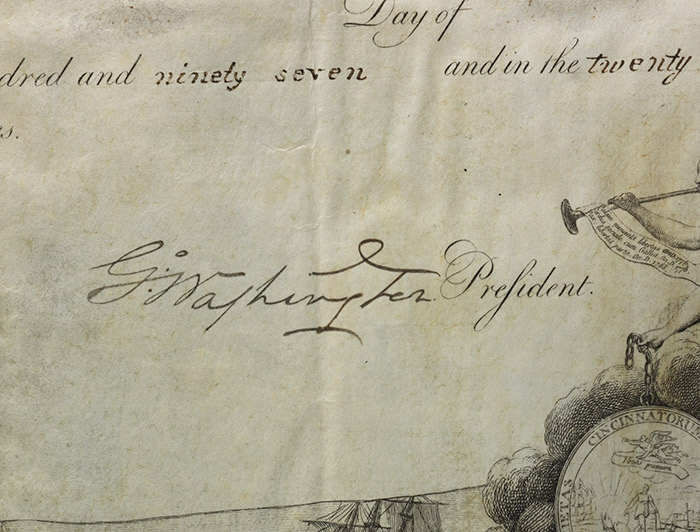 Detail of the Society of Cincinnati membership certificate, with Washington’s bold signature (BRB 103275)

Over the course of his distinguished military career, Henry Dearborn, Henry A.S. Dearborn’s father, fought at the Battle of Bunker Hill and served under Benedict Arnold during the Expedition to Quebec, as well as under Washington at Valley Forge.  He also bore witness to Cornwallis’ surrender after Yorktown in 1781.

The junior Dearborn would go on to serve as the first hereditary President General of the Society, and among much else, he is largely credited with the “Rule of 1854,” which amended membership eligibility requirements to include all descendants of any Continental Army officer rather than only those officers who were among the founding members.

Other notable members of the Society include: 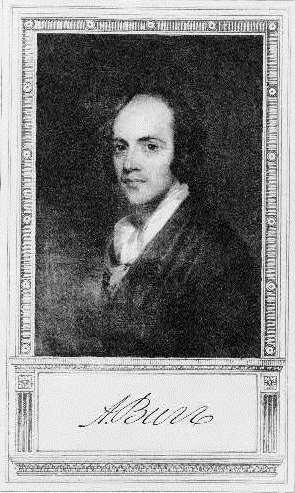 Aaron Burr, who served under Benedict Arnold during the Expedition to Quebec, as well as under Israel Putnam (“Old Put”) during the Invasion of Canada, where Burr successfully helped thwart the capture of an entire brigade of Continental soldiers that included Alexander Hamilton.  He served as Jefferson’s Vice President (1801-1805) and later saw the dissolution of his political career after killing Hamilton in an illegal duel. 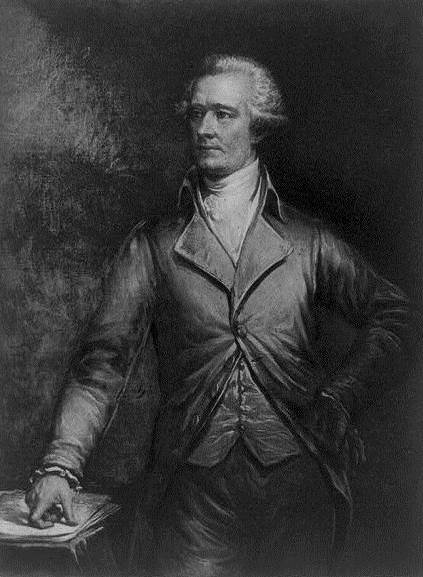 Bonus fact: Burr was later influential in the political machinations of New York’s Tammany Society, which was founded in 1789 in direct opposition, some folks argue, to the Society of Cincinnati.  By the mid 19th-century, the organization had (d)evolved into the politically corrupt juggernaut that was New York City’s Tammany Hall.  (Think Boss Tweed.)

John Paul Jones, who is perhaps the most famous sailor in American history.  Jones is often referred to as the Father of the U.S. Navy, though I suppose he’d have to duke it out with John Barry and/or John Adams for that historical honor. 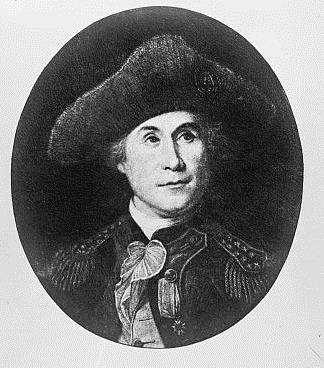 Pierre L’Enfant, who first served as an engineer under Major General Lafayette and later as Captain of Engineers under Washington.  He would go on to create the badge of the Society and complete the design for a small place called Federal City, later renamed Washington DC.

Bonus fact: By way of ancestors on his mother’s side, Winston Churchill was also a member of the Society.  Today, one of his great-grandsons is a member of the Connecticut Society of Cincinnati.

The Dearborn membership certificate links in a single document multiple generations of American history.  And as an added bonus, the intricately detailed engraving is ridiculously beautiful, especially when compared to the utilitarian nature of most 18th– and 19th-century documents. 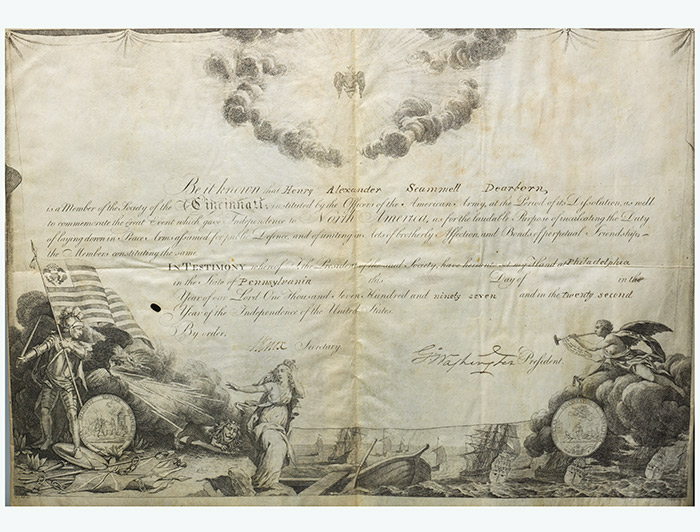 Certificate of Membership for the Society of Cincinnati, signed by George Washington (BRB 103275)

The certificate will soon be on display at the Winter Antiques Show in New York, and afterwards at our gallery on Madison Avenue. Come by and take a look at this historic document, which also contains one of the most vivid examples of Washington’s signature we have seen.