John Franklin: The Man Who Ate His Boots, Part II

When we left off last, Sir John Franklin and his crew had abandoned Canada’s northern coastline and were making their way toward Fort Enterprise.  Circumstances conspired and forced the party overland across what locals in the Northwest Territories refer to as the Barren Lands (i.e. the tundra).

You’ll be shocked to learn that things went badly for the travelers.  Winter arrived early.  Their minimal food stores were quickly exhausted, and the men were ultimately reduced to eating lichen, which they called tripe de roche (rock tripe).  When the lichen ran out, they boiled and ate the leather soles of their spare boots. 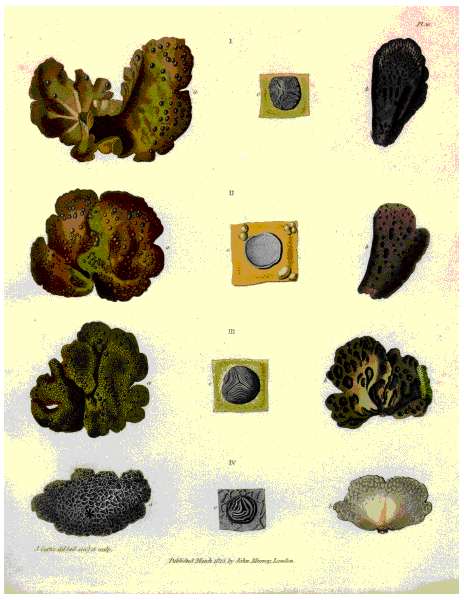 During the trek, the voyageur guides who accompanied the party – each carrying upwards of 90 pounds worth of equipment on a near-starvation diet – began abandoning various supplies along the way.  Tools, fishing nets, and finally the canoes, which by now were badly damaged.  This came back to haunt them, of course, when they found themselves yet again on the banks of a river with no way to cross and no way to replenish their food stores.

Bonus fact: One of the voyageurs, Pierre St. Germain, constructed a one-man canoe of willow branches and canvas, which the party used to cross the river one man at a time.

From here, the beleaguered party split into three groups.  George Back (who would eventually lead several Arctic expeditions himself) traveled ahead of the main party in search of food and supplies.  Franklin and the rest of the party followed at a slower pace, with the exception of Robert Hood (too ill to travel any farther) and John Hepburn and John Richardson (who stayed behind to care for Hood). 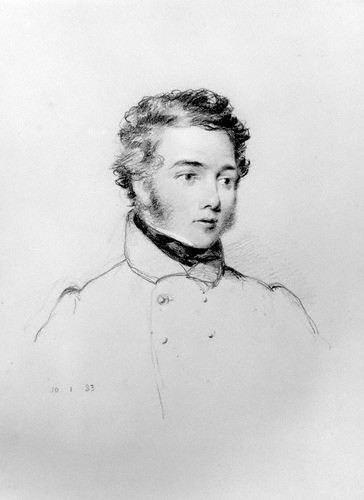 Feeling too weak to continue, four of the voyageurs traveling with Franklin decided to return to Hood, Richardson, and Hepburn.  Only one of the four men, Michel Teroahauté, arrived.  He came bearing fresh wolf meat.  The Britons became convinced that Teroahauté had in fact killed the missing three voyageurs, and the meat he’d arrived with was from their corpses.

The voyageur became increasingly erratic, and Richardson began to worry that Teroahauté would try to kill them as well.  Sadly, he wasn’t wrong.  One afternoon, Richardson and Hepburn returned from foraging to find Hood dead of a gunshot to the head and Teroahauté with a gun in his hand.  Eventually, Richardson shot and killed Teroahauté in a kind of preemptive strike.

Bonus fact: Richardson’s account of Teroahauté’s actions was later called into question, and he himself was accused of the murders.  George Back wrote to one of Richardson’s accusers, saying that “things have taken place which must not be known.”

Richardson and Hepburn slogged on toward Fort Enterprise, where they found “the ghastly countenances, dilated eyeballs and sepulchral voices” of Franklin and his remaining men.  Unbeknownst to Franklin, Fort Enterprise had been abandoned while he mapped the northern coastline.  The men managed to survive long enough for George Back to return with help and supplies. 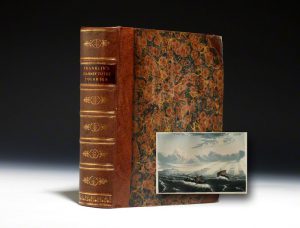 First edition of Franklin’s Narrative of a Journey to the Shores of the Polar Sea. Murray (London), 1823.

Of the 19 men who set out with Franklin, 11 died.  Although their mission was an unmitigated disaster, Franklin nevertheless returned to England a hero.  Failures and rumors aside, he became a poster boy for perseverance and fortitude.   He went on to publish an account of the expedition in 1823, Narrative of a Journey to the Shores of the Polar Sea, and almost immediately began planning for another foray into the Arctic.

Stay tuned for Part III, where the tragedy of Franklin’s legacy begins to unfold.