“I’ll be your Boswell”: Words Coined From Literary Classics

When you call someone a “scrooge,” most people understand you to mean someone who is miserly, uncharitable, selfish, and just generally unfriendly.  Most people also know that “scrooge” stems from Ebenezer Scrooge in Charles Dickens’ A Christmas Carol. 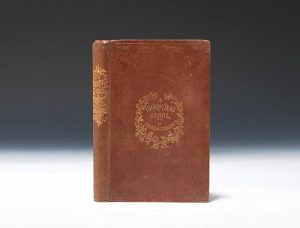 It’s a classic example of how the literary becomes everyday.  There are plenty of other examples that I didn’t realize stemmed from canonical texts until I became a bookseller.  Here are some I’ve come across in the last few years.

In 1797, while in the midst of what was likely an opium-induced dream-state haze, Samuel Taylor Coleridge began to compose his poem “Kubla Khan.”  As he committed his vision to paper, Coleridge was interrupted by a knock at the door.  The unexpected visitor, a man from the neighboring village of Porlock, detained Coleridge for over an hour.  By the time the poet returned to his poem, the dream-vision had faded, and he was left with only a fragment of his intended opus.

There’s some debate among scholars about the veracity of these events.  Nevertheless, “man from Porlock” (or more simply “Porlock”) has entered the vernacular to mean “an unwanted guest.”

So encompassing and revolutionary was Boswell’s biography that his name has entered the vernacular to mean “a person who records in detail the life of a usually famous contemporary.”

Bonus fact: For any BBC Sherlock fans, Season One’s “I’d be lost without my blogger” dialogue is pulled from Arthur Conan Doyle’s original Sherlock Holmes story “A Scandal in Bohemia,” in which Sherlock comments to Watson, “I am lost without my Boswell.” 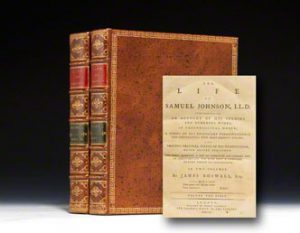 Proof is in the pudding

The most common complaint about this proverb is that it doesn’t make sense.  And, in fact, it doesn’t make much logical sense–until you know that the original sentiment was “the proof of the pudding is in the eating.”  Oxford scholars locate the proverb’s origins in a 14th century epic devoted to Alexander the Great (“Jt is ywrite that every thing Hymself sheweth in the tastyng”).  Others cite William Camden’s 1605 Remains Concerning Britain.  The more “modern” incarnation, however, is often attributed to Cervantes’ Don Quixote, which was also first published in 1605.

In the original sense, “proof” was understood as a kind of test, and “pudding” was generally understood as a dish more akin to blood sausage or shepherd’s pie.  In a literal sense, the only way to know if a dish would make you ill was to eat it.  That said, the phrase has entered the vernacular to mean “the result is its own conclusive evidence.” 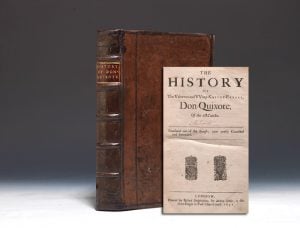 1652 second edition of the first English translation of Cervantes’ Don Quixote. Trans. by Thomas Shelton. London: Printed by R.
Hodgkinsonne for A. Crooke.

I’ll be your Huckleberry

The origins of this phrase – made famous in more recent years by the movie Tombstone – are even more convoluted.

Upon arriving in America, early European settlers encountered flora and fauna they’d never seen before.  One such example was a small, dark berry that the settlers called hurtleberry, which eventually morphed into huckleberry.  For many years, the term huckleberry was used figuratively to connote something small and insignificant – a tad, a skosh, a wee bit.

In interview from the 1890s, Mark Twain cites this figurative understanding as his reason for choosing the name Huckleberry for his most famous character.  He wanted to instill from the outset the notion that Huck was of a “lower extraction” than Tom Sawyer.

At some point, however, the term shifted into a kind of affectionate (if still slightly pejorative) term for an assistant or sidekick.  From here, it’s not so long a leap to I’ll be your huckleberry, meaning “I’m the one for the job.” 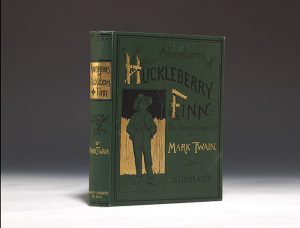 Recently a conversation with a colleague brought up the question: Why do people yell Geronimo before they jump off a cliff?  Turns out the origin, while not strictly literary, is unexpectedly humorous.

In 1940, in the early days of Army parajumping, a group of 50 soldiers came together to form the Parachute Test Platoon.  The most popular story goes that on the eve of their first mass jump, the men took in a movie: Geronimo.  At some point, the group began hassling one Private Aubrey Eberhardt, who claimed he wasn’t nervous at all.  To prove he wasn’t terrified while jumping, Eberhard told his buddies that he would shout “Geronimo!” as he leapt from the plane.

In another version of the story, a popular radio song about Geronimo was a source of inspiration for the Test Platoon. 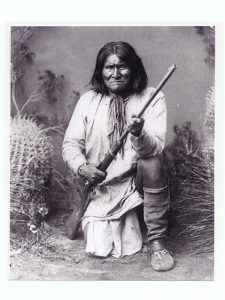 Readers, what are some of your favorite terms cribbed from books?