Greater than Gatsby? Why Tender is the Night might be Fitzgerald’s “intended masterpiece.”

The sick and tired adages regarding the relationship between art and the artist are rarely more evident and appropriate than in the curious case of F. Scott Fitzgerald and his eventual masterpiece Tender is the Night. Written in the shadows of the then tepid success of The Great Gatsby, Fitzgerald set out to compose a work that would convert his twinkling literary star into an everlasting supernova.

The result was a thinly veiled diary of his failing marriage with his wife Zelda and his ever-present struggle with the onus of potential. Beneath the flaking veneer, was a richly textured work that is now considered by many to be Fitzgerald’s finest despite the reflexive tendency to associate him primarily with the more accessible Gatsby. Perhaps, a closer look into how this work was constructed will demonstrate why we should identify him more with this deeply personal work.

Fitzgerald began Tender is the Night from a familiar place by crafting a tragic story of a seemingly innocent individual getting entangled in a web of whimsical excess. His story initially revolved around a vacationing young man from Hollywood who becomes corrupted by the amoral lives of his newfound wealthy friends and eventually murders his overbearing mother. Fitzgerald later altered the idea and changed the visiting young man into an aspiring actress. This change coincided with he and Zelda moving to Hollywood where Fitzgerald took up writing for films and also started an affair with a young actress named Lois Moran. She would appear in the book under the thin guise of Rosemary Hoyt. 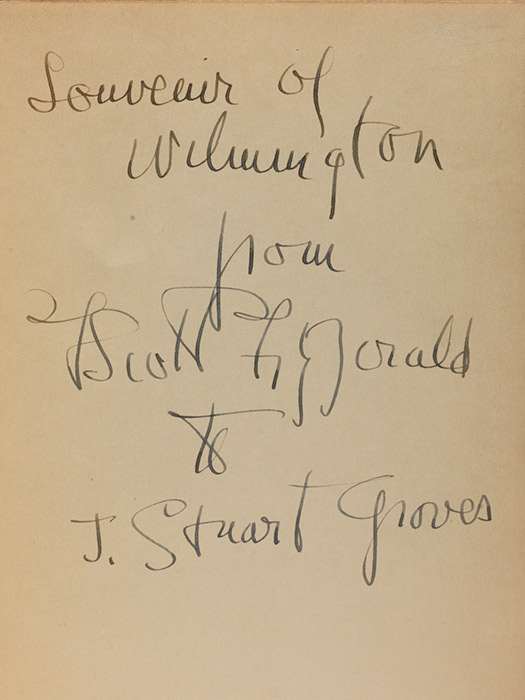 The inscription from a first edition, third printing copy of Tender is the Night (BRB 68091)

A few years later, the Fitzgeralds took their travelling party back on the road and resumed their rollicking tour of Europe. Soon after their return, Zelda experienced a nervous breakdown which put further stress on their already tenuous marriage. In quick succession, Fitzgerald also lost his father causing him to spiral deeper into alcoholism and despair. Under these circumstances, he set out to complete what he hoped would define his legacy.

After significant rewrites, the novel became centered on Dick and Nicole Diver, an affluent married couple who find themselves in a routine of sunbaked ennui in the French Riviera. Dick, a once promising psychologist, has become increasingly listless amidst the gad flying of his well-to-do acquaintances and his unstable wife. The malaise that Dick is experiencing is finally interrupted by the arrival of a visiting young actress named Rosemary who’s travelling with her mother. Rosemary soon becomes a fixture amongst the Divers and their circle of friends. Dick is immediately drawn to her fresh perspective and physical beauty.

You’re the only girl I’ve seen for a long time that actually did something blooming.

Meanwhile, Nicole starts a flirtation of her own with an adventurous travelling soldier named Tommy Barban. Undoubtedly, Scott included this wrinkle as a nod to Zelda’s own affair with French aviator Edouard Jozan. Their marriage understandably becomes more strained and Dick develops a serious drinking problem that results in numerous humiliating incidents. Once again, Fitzgerald’s own life is his inspiration. In particular, an incident in which an intoxicated Dick is assaulted by police officers in Rome is something that actually happened to Scott when he visited there in 1924.

Often a man can play the helpless child in front of a woman, but he can almost never bring it off when he feels most like a helpless child.

The comparisons to Scott’s real life continue when we look into the construction of Nicole Diver. Much like Zelda, Nicole comes from a wealthy family and through a series of flashbacks it’s revealed that her family contributed a significant amount of money to Dick’s medical practice as an unofficial payoff for helping Nicole cope with her mental illness. The financial source of Dick’s success forever plagues his pride. In many ways, this mirrored Scott’s courtship of Zelda who’s family did not see him as becoming a stable provider and ridiculed his artistic pursuits.

In fact, Zelda only agreed to marry the aspiring author after the brisk sales of his first novel This Side of Paradise. Without question, this fed into Fitzgerald’s ever-present insecurity which most clearly manifested itself in the character of Dick Diver. Dick’s lamentation of his supposedly wasted potential is also something that Fitzgerald clearly (one can certainly argue mistakenly) related to.

I want to die violently instead of fading out sentimentally.

An epilogue for Tender is the Night might have read very similar to Fitzgerald’s life after the book’s release.  Zelda and Scott’s relationship soon disintegrated.  Zelda was frequently committed to various asylums on the East Coast while Scott moved back to Hollywood to work on films and short stories. He also began writing his final novel The Last Tycoon which he never finished. During this time, Scott began an affair with Hollywood gossip columnist Sheilah Graham and continued to drink recklessly. After three heart attacks, he died at the age of forty-four. Tragically, Zelda died eight years later during a hospital fire. 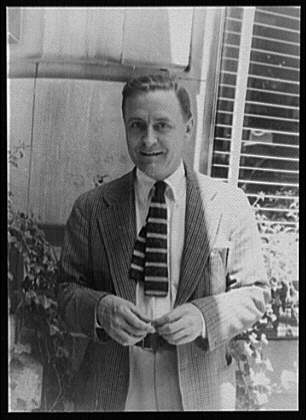 In terms of his legacy, Fitzgerald mostly managed to live up to his potential by leaving behind some of the most celebrated American fiction of the 20th century. Regrettably, Tender is the Night, his intended masterpiece, is sometimes neglected by readers. The combination of Fitzgerald’s skillful writing and the book’s deeply confessional nature certainly make it worthy of discovery or perhaps even a revisiting.