In Part 1, I explained why John Dickinson, the “Penman of the Revolution,” became a Forgotten Founder. In Parts 2 and 3, I’ll show you some of Dickinson’s most important writings.

The American Revolution began in 1765 with colonial opposition to the Stamp Act, and Dickinson was one of its leaders.

After Britain’s costly 1763 victory over France in the Seven Years’ War, Parliament wanted the colonies to help pay for their own defense. The Stamp Act levied a tax, represented by a stamp, on every piece of printed paper, including newspapers, pamphlets, and legal documents. It was Parliament’s first direct tax on the American colonies without the approval of colonial legislatures. 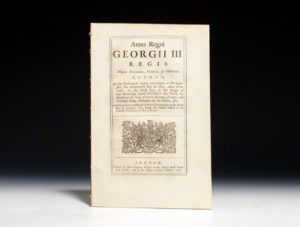 Even before it went into effect it provoked widespread outrage, expressed in town meetings and protests, pamphlets and newspaper essays, riots and boycotts. 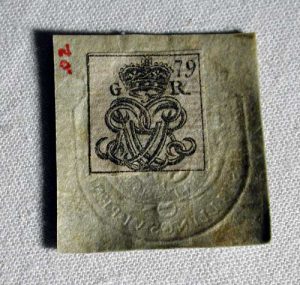 The Stamp Act Congress, the first successful collective action ever taken by the colonists, met in October 1765. Dickinson, a Pennsylvania delegate, was the principal author of the Congress’ two important documents—the Petition to the King, and the Declaration of Rights and Grievances.

The Declaration didn’t just state their opposition to the “extremely burdensome and grievous” Stamp Act duties. It also asserted “the most essential rights and liberties of the colonies”—they “are entitled to all the inherent rights and liberties of… natural born subjects” and “no taxes be imposed on them but with their own consent, given personally, or by their representatives.”

In December 1765, Dickinson published an attack on the Stamp Act, The Late Regulations, Respecting the British Colonies on the Continent of America Considered, as a pamphlet in Philadelphia. Benjamin Franklin quickly arranged for it to be printed in London to inform the British public about the controversy. 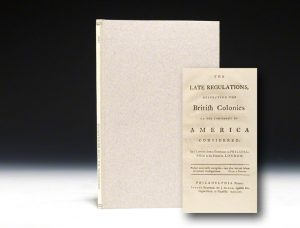 Dickinson tried to persuade British merchants to oppose the Stamp Act by showing the damage that would be done to their economic interests. He predicted that Britain’s oppression of the colonies would drive them towards, instead of away from, independence:

Late measures have indeed excited an universal and unexampled grief and indignation throughout the colonies. What man… can view without pity, without passion, her restricted and almost stagnated trade, with its numerous train of evils—taxes torn from her without her consent.—Her legislative assemblies, the principal pillars of her liberty, crushed into insignificance.—A formidable force established in the midst of peace, to bleed her into obedience…

Dickinson… became the first American to broadcast widely this technique of resistance and the first leader of a national peaceful protest movement in history. He would be followed by such notables as Gandhi and Martin Luther King, Jr. At this early stage in the resistance to Britain, the colonists were receptive to his message and practiced what he advocated.

“The colonists resisted the Stamp Act by bringing virtually all commerce, publishing, and legal work to a halt, in effect nullifying the act,” wrote John Ferling. It was repealed in March 1766 because “merchants in England were howling over their losses in the American trade embargo… These powerful constituents, more than the distant colonists, swayed Parliament.”

After the repeal of the Stamp Act, Parliament found new ways to raise revenue and tightened political, economic, and military control. The 1767 Townshend Acts taxed glass, lead, paint, paper, and tea; established a Customs Board to enforce laws without trial by jury; and suspended the New York Assembly for refusing to comply with the Quartering Acts.

To alert the colonists to these new threats to their liberties and try to unite them in peaceful resistance, Dickinson wrote a series of twelve anonymous newspaper essays, published between December 1767 and February 1768, titled Letters from a Farmer in Pennsylvania, to the Inhabitants of the British Colonies:

Dickinson’s Letters were first printed in Philadelphia newspapers but became so popular that they were reprinted in nearly every newspaper in the colonies. The collected Letters were published in pamphlet form in Philadelphia in March 1768, followed by a Boston edition in April, and other printings in America, London, and Paris. 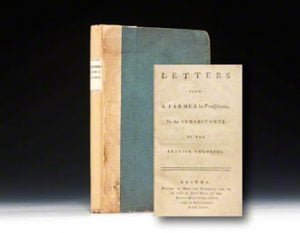 “No American political argument… had achieved such a marvelous popularity and success… It ran through the colonies like wild fire,” wrote Paul Leicester Ford. Forrest McDonald noted:

Immediately, everyone took Dickinson’s argument into account: Americans in assemblies, town meetings, and mass meetings adopted resolutions of thanks; British ministers wrung their hands; all the British press commented, and a portion of it applauded; Irish malcontents read avidly; even the dilettantes of the Paris salons discussed the Pennsylvania Farmer. But the consequences were a good deal more important than just that… [It] forced everyone on both sides to face and give a firm answer to a forbidden question: what is the nature and distribution of power in the imperial system?

Milton Flower stated that “until Thomas Paine’s Common Sense…, no other document earned the acclaim given the Farmer’s Letters; none reached a wider public.” Jane Calvert noted that it “made Dickinson America’s first political hero and garnered him an international reputation as an eloquent defender of liberty.”