Follies and Disasters: the four books of francisco goya

Francisco José de Goya produced four major series of etchings in his lifetime. The first, Los Caprichos (Caprices), the artist finished and published as a rather ambitious book of 80 captioned allegories in 1799. He withdrew the prints from sale after only two days, however, perhaps after being threatened by the Inquisition—priests and other representatives of the Catholic Church are not portrayed very sympathetically in this series. 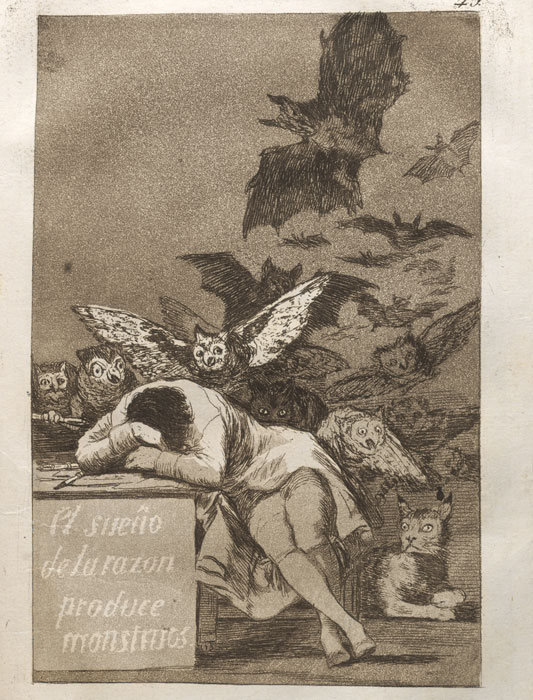 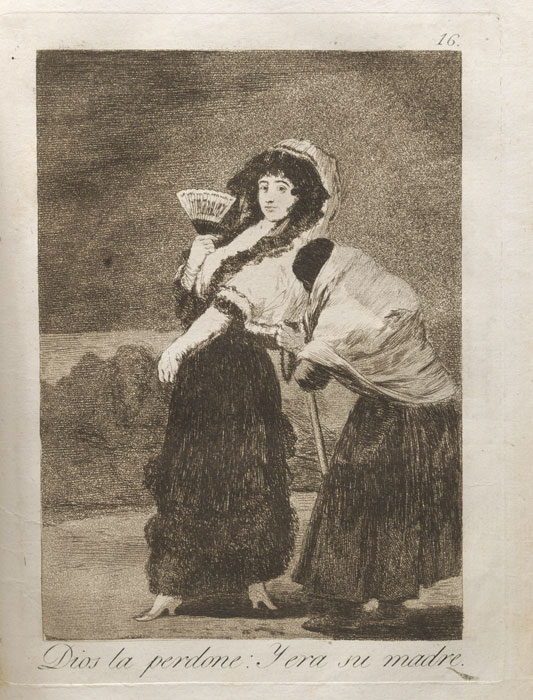 Undeterred, Goya continued to experiment with etching and aquatinting techniques, and for his next sequence he turned to a more popular topic, one that surely would find an audience in Spain: a series on bullfighting, La Tauromaquia, 33 prints which he finished and put on sale in his shop in 1816. However, very few in war-weary Madrid found Goya’s unromantic depictions of the darker aspects of the bullfight appealing. Only a few sets sold. 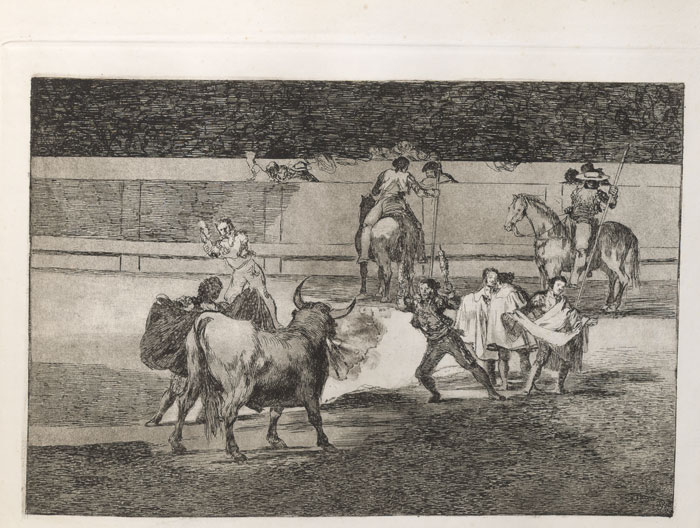 The horrors of the Napoleonic wars in Spain (1808-1813) compelled him to create his most disturbing and forceful series of prints, Los Desastres de la Guerra. He finished this extensive sequence of 80 plates, but given the current state of political and religious repression—and perhaps discouraged by the failure of La Tauromaquia—Goya did not even attempt to sell these violent and macabre prints.

Instead he went on to work on a similarly dark and even more enigmatic series, the unfinished group of 18 etchings known variously as Los Disparates (Follies) or Los Proverbios (Proverbs), which he produced in his seventies while recovering from serious illness. 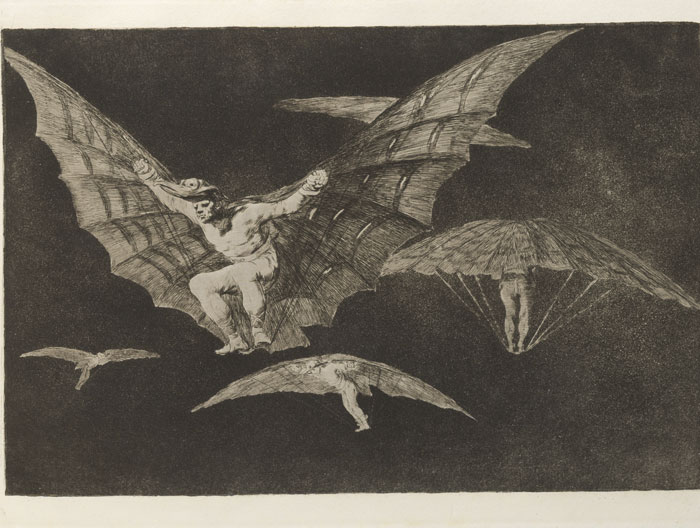 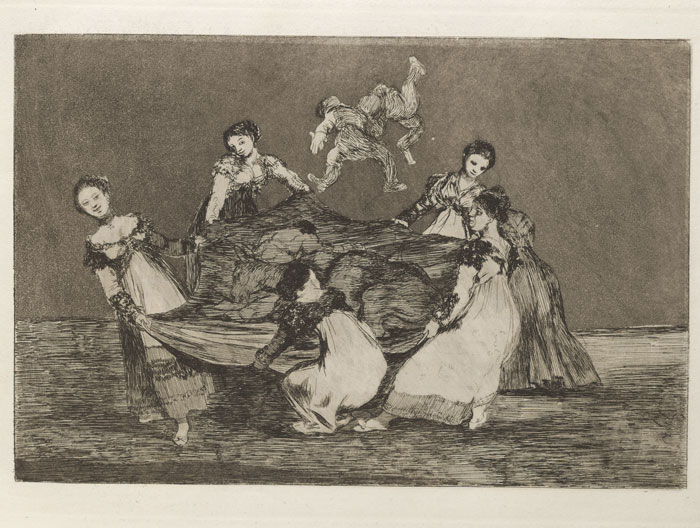 After his death in 1828, Goya’s reputation languished. Fortunately his son boxed up all of his copper plates. It wasn’t until the 1850s and 1860s that La Real Academia de Nobles Artes de San Fernando published all of the series using Goya’s original plates: Desastres de la Guerra and Los Disparates for the first time ever (aside from scattered artist proofs).

Care was taken in producing these editions, and only a few hundred copies of each were run off so as not to damage the copperplates. The delicately shaded background areas Goya achieved through his mastery of aquatint (etching the plates with acid) and lavis (painting acid directly onto the plate) are particularly susceptible to degradation with subsequent printings. The shading and ‘coloring’ Goya managed to obtain is indescribable. Even today’s refined photographic and digital printing technology cannot faithfully capture the subtle varieties of tone that contribute to the drama of these images.

Each of these books is incredibly hard to find in first edition. The Royal Academy of San Fernando only printed 300 copies of Los Disparates (Proverbios), and only 500 copies of Los Desastres de la Guerra; presumably the Academy printed an equally limited quantity of La Tauromaquia, which is virtually unobtainable in first edition. Of the first book published by Goya, Los Caprichos, only about 300 copies were printed, and it appears that the artist sold no more than 27 copies in the first four years of its publication. 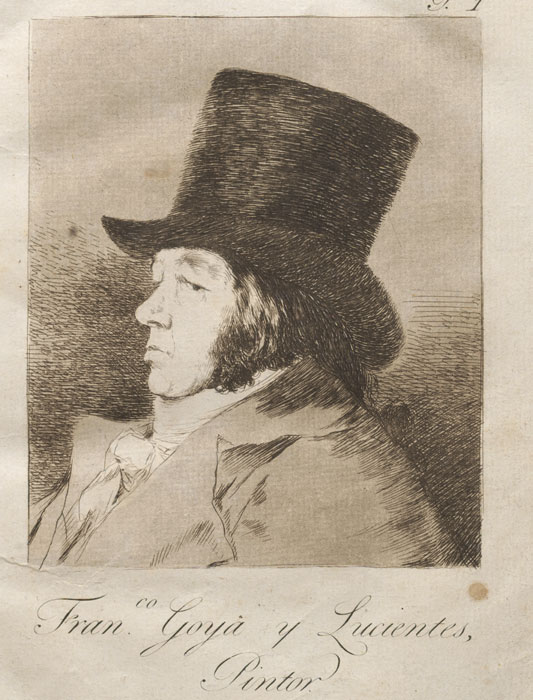