The Stereoscope, first invented in the 1830s, allows the illusion of two very slightly different images to appear as one. Producing Stereoscopes and Stereoscopic Images was good business, and quite a few companies created a wide range of styles as the technology changed and as public demand increased. When we pay extra for the 3D glasses at the Cineplex, we are using a modern version of Stereoscope vision that gives us an illusion of depth as we look upon a flat surface. As usual, the “anything for a thrill” Victorians invented this technology. 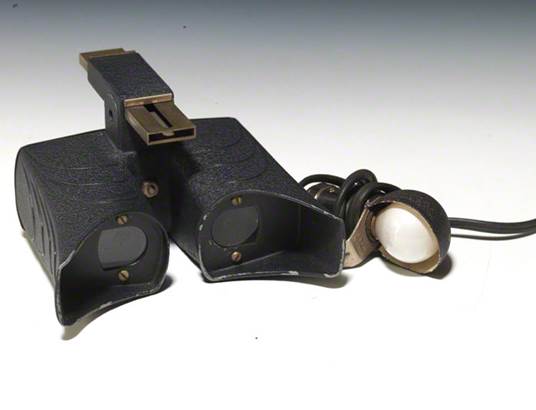 A Stereoscope made by the Keystone View Company circa 1905.

Stereoscopic viewing parties were not uncommon during the 19th century. Travel narratives were among the most popular and lucrative subjects, and photographers from rival image makers scoured the four corners of the earth for exotic locations to photograph. 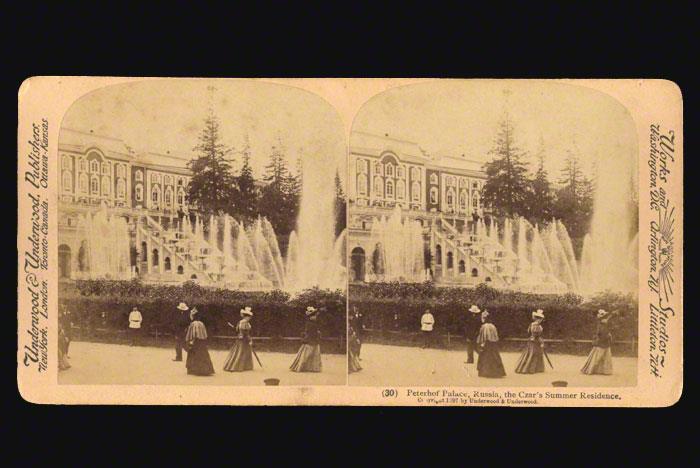 A Stereoscopic image of the Czar’s Peterhof Palace circa 1900.

Stereoscopic cards surprise people with their resistance to fading. When viewed through a Stereoscope, scenes like the one below are incredibly alive with a fullness of depth and detail that can rival museum quality prints. 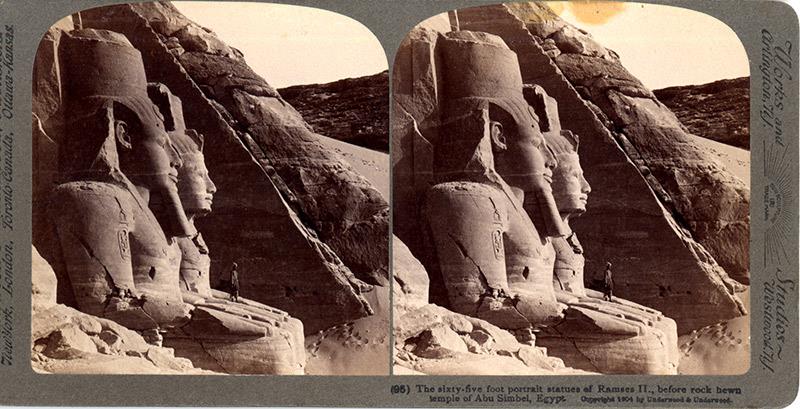 Views from the Holy Land and Middle East circa 1900.

Pleasure, not education – much to the chagrin of some – was also part of the reason for the Stereoscope’s success. 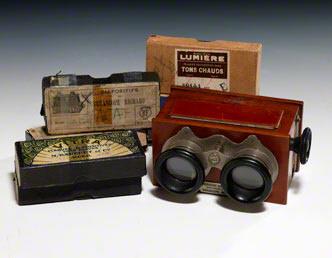 Stéréoscope Breveté viewer circa 1900 with 140 slides of female nudes for commercial use. 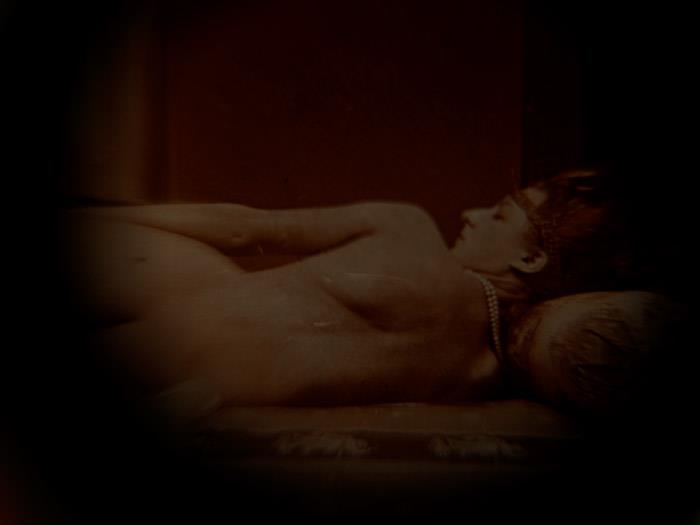 The Victorians didn’t invent graphic nudity – but they were very good at mass-marketing it.

The Stereoscope, both commercially and as an art form, disappeared with the rise of the motion picture and personal photography, but collecting in this field is gaining new life and attention as a way to collect rare and beautiful visual moments of the past. 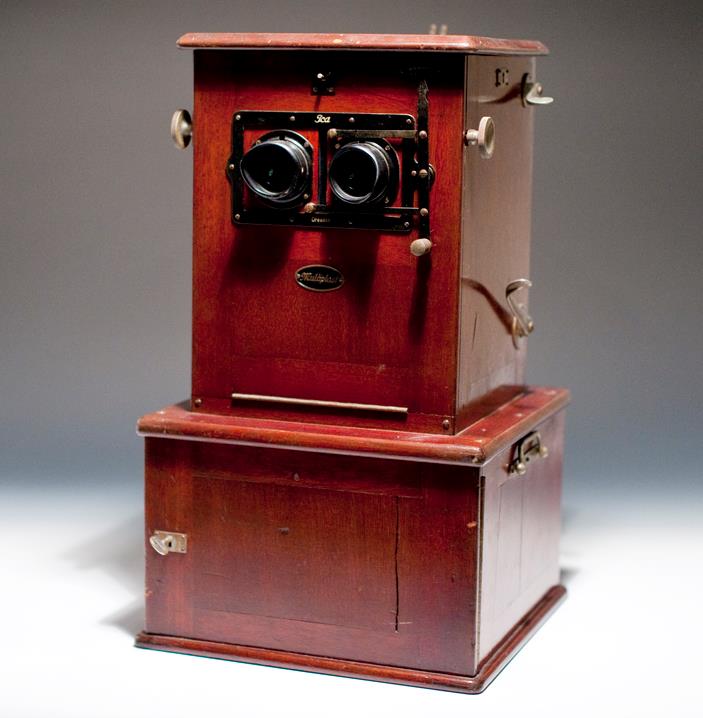 Collecting Stereoscopes or Stereoscopic Images is undiscovered territory for many book collectors. Keep in mind that not too long ago, it was not unusual for a good personal library to include 3D diversions.
The Stereoscopic world can literally give your collection a new dimension!

Angel is a bookseller at the Madison Avenue gallery. She remembers receiving a Bachelor’s Degree from Rutgers University a long time ago and her Master of Fine Arts from Brooklyn College almost as long ago, but finds working with rare books more educational. She reads, writes, and gardens in Jersey City and she is always looking forward to a new favorite book. Recent favorites include Jack Kerouac’s On the Road and Oliver Sacks’ Hallucinations.