These hand-pulled photogravures are simply breathtaking to behold, and I do not say this lightly.There is work in the world of photography that enthralls me, there is work that draws me in and won’t let go, but nothing captivates me quite like Coburn’s images of London at the turn of the 20th century.

A master of painting with light, he possessed an all-seeing eye for atmosphere. Drawing upon and blurring the lines between several distinct aesthetics from expressionism to pictorialism, he dared and succeeded in taking the photographic image beyond the limits perceived by the status quo. To put it bluntly, his images set the imagination on fire.

For example, what is happening in the second image of the collection? (Left) Coburn looks down upon a woman as she takes a moment to reflect before a still pond, this intimate moment framed by the branches of a tree in full bloom.

As her thoughts draw her deeper into the pond, she lets the serene reflection of her surroundings take her in. Coburn, in adopting this downward perspective, is doing the same. He is allowing the emotion of the moment to unfold before him, while at the same time locking in the memory he will use to complete the image in the darkroom. 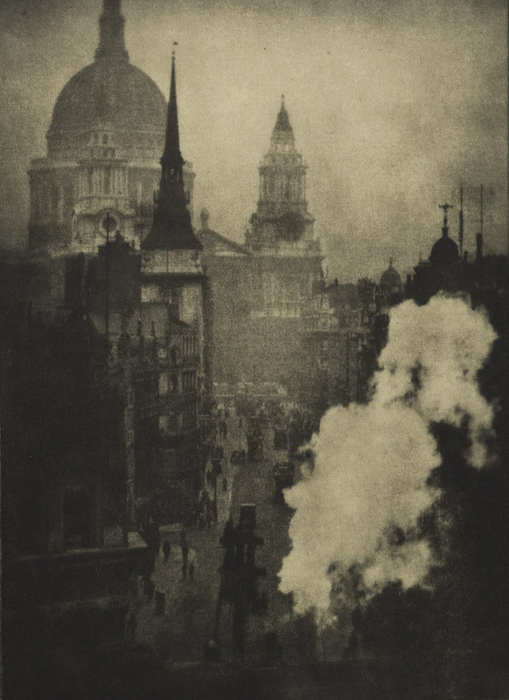 Looking at his work today, there are some that might feel the manipulation of his negatives lessen the impact of the images he created. But how wrong they would be. Coburn’s ability to discern patterns and shapes at the point of capture, and then extract the essence of the scene in the final print, is unsurpassed. If the concept of fine art photography is to be believed, then this work is the original exquisite sin. 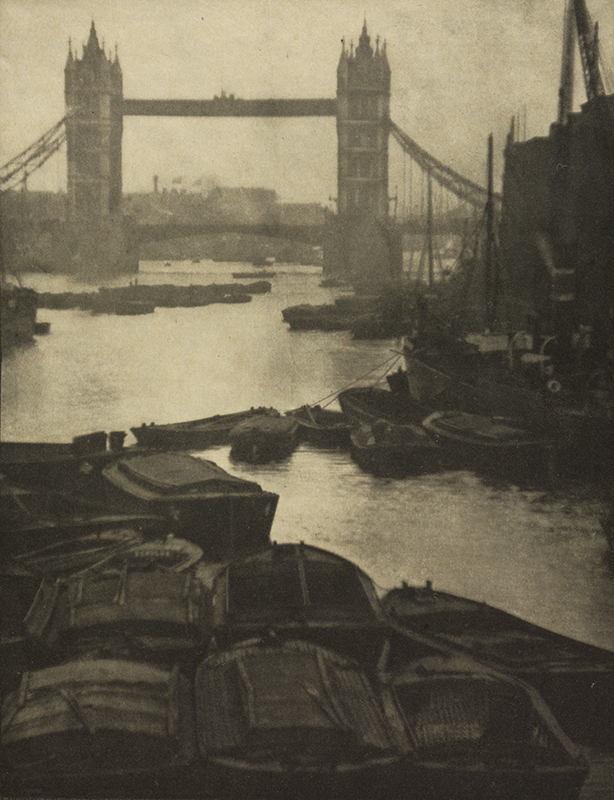 His photographs of London, produced on his own printing press and published in book form in 1909, feature images of the capital city’s more familiar sights – landmarks such as Trafalgar Square and the River Thames and its many bridges occasionally shot from an elevated viewpoint. This style placed Coburn as the first renowned photographer to see the potential of this visual placement.

One year later he applied the same avant-garde approach to photographing the landscape of New York, going even further by developing his abstract sensibilities. This later book featured an introduction by H. G. Wells – an author well-suited to the task, sharing with Coburn as he does a keen eye for the peculiar, and for the future. 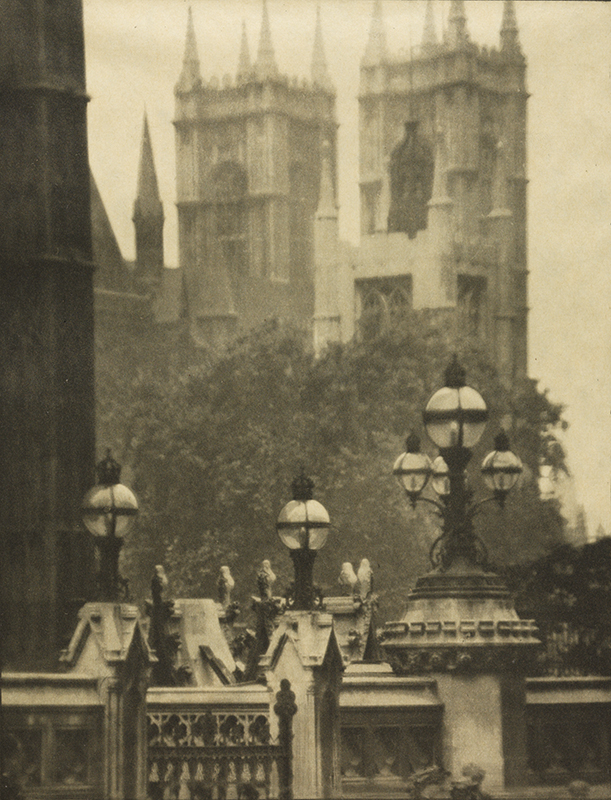