But it’s not until the smoke clears that we realize what we’ve done and how much our civilization has changed.

The Wild West lasted but a few decades following the Civil War when it was quite literally every man for himself. Established rules had broken down. There were speculation, a railroad to build, cities to rebuild, cities from which to flee, industrialization, and a land rush to the great open spaces of the newly opened West.

But the West was not just empty land for the taking. Native Americans were of a different opinion. And look what company they were about to receive: battle-hardened Civil War soldiers, cattle-drive tough cowboys, and a few opportunistic psychopaths collectively known as gunslingers.

The worst roommate situation one can possibly imagine. 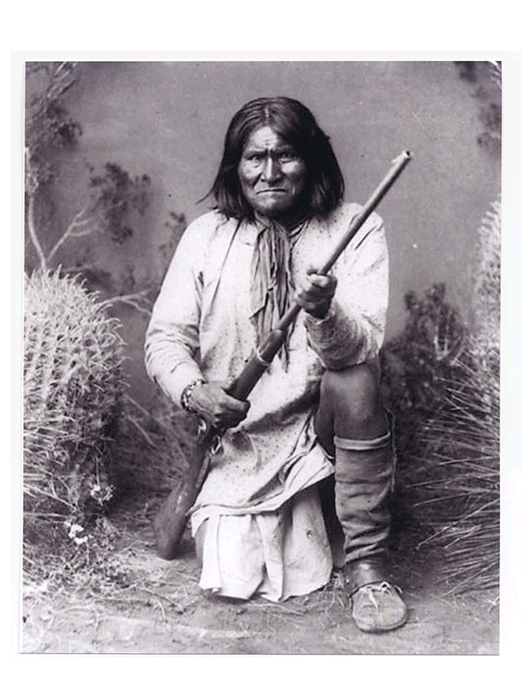 The signature of Geronimo is a highly collectible and surprising piece of the great Apache warrior’s legend.

One might presume that most gunslingers were in it for the money. However, evidence seems to point to the contrary. Like pirates, the Gunslinger Lifestyle was a democratic one open to all. And like most pirates, living to be old and rich was extremely rare and not the point at all.

In the Wild West, you could carve out a completely new identity. But, if you were going to add words to your name like “Wild,” “Black,” “Butch,” or “Texas” – you had better have the bullets to back up the implication.

With newspapers and dime novels spreading their fame, the heroes and anti-heroes of the American Old West achieved the popularity of modern movie stars. The “Fame Monster” alone often seemed its own reward for a gunslinger. The newsy exploits of the gunslinger helped give the American public a diversion after the Civil War and, of course, sold newspapers. 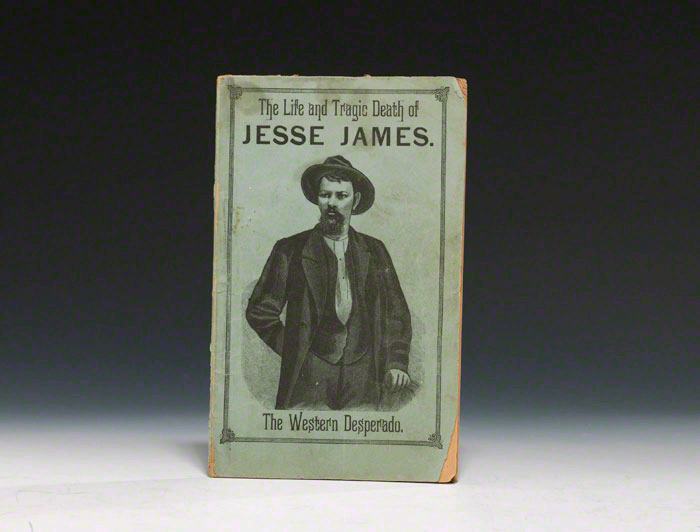 Early biography of Jesse James (1882), the year he was fatally shot by the coward, Robert Ford.

The image on this pamphlet of Jesse James is inaccurate, and, more than likely, so are the facts. Facts were negotiable in the Wild West. 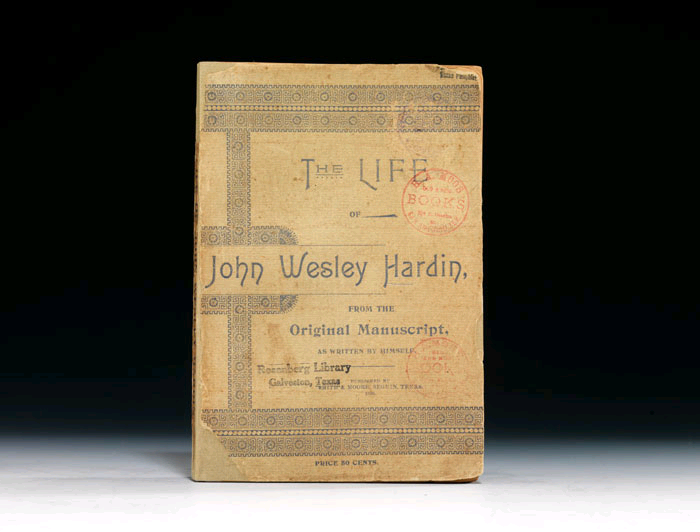 John Wesley Hardin confesses in his own autobiography to killing more than 40 men. Newspapers place his kills at a mere twenty-seven. Hardin was not alone when it came to fibbing about killing.

I suppose once you’ve been on a life-long killing spree, you have earned some literary license. 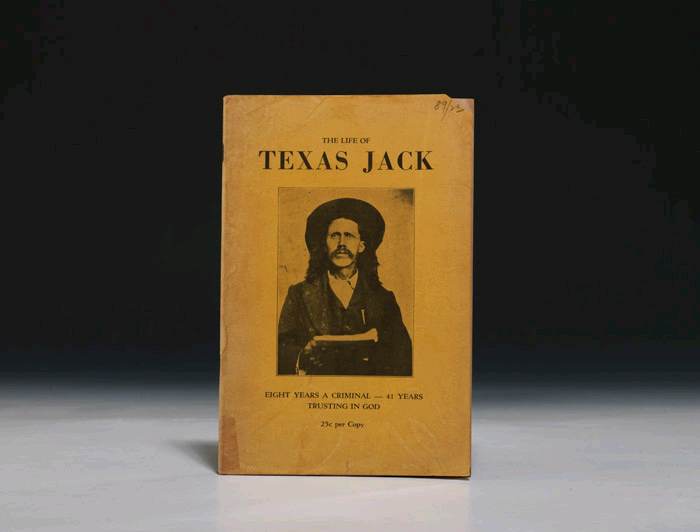 Survivors of the Wild West era might find a steady income in another line of work, or they could capitalize on the time when they robbed people. With Western-themed dime novels popular up until the First World War, a gunslinger autobiography was nearly a guaranteed sell. A professional confessor like “Texas Jack” also worked the angle of finding religion after his career as a stagecoach robber (real or imagined in his case), which mostly disappeared with the closing of the West. 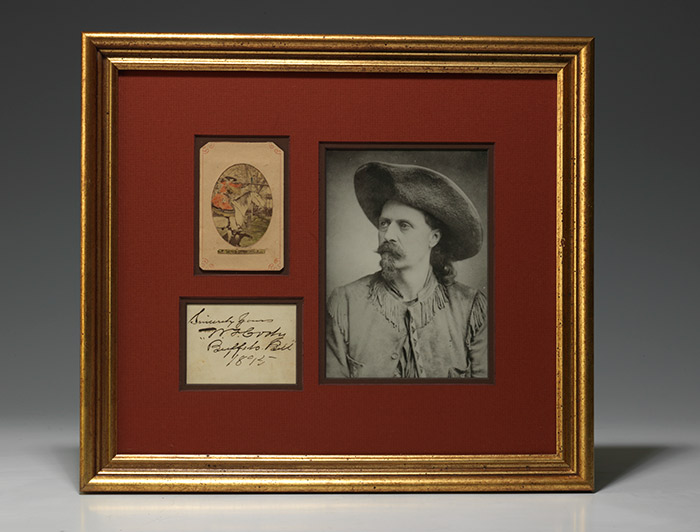 The Wild West was nearly at its end by the late 1880s when men like William “Buffalo Bill” Cody and Gordon “Pawnee Bill” Lillie developed the idea of a travelling Wild West vaudeville show. Much of what and who we believe to be the legends of the Wild West were participants in this worldwide phenomenon: the sharp-shooting of Annie Oakley; frontierswoman Calamity Jane; the endless re-enactments of Custer’s Last Stand (with some of the actual participants); and, of course, the appearance of the legendary Sitting Bull and Buffalo Bill himself, both in full, shining western attire. Books by and about those involved with the Wild West Shows are as popular and collectable now as if the show never ended, when indeed it had an equal career to that of the Wild West itself, lasting until the First World War.

Collecting books and other Wild West items can be challenging due to the often ephemeral nature of the publications. Both dime novels and first hand accounts were often published on cheap, inexpensive paper stock and showered upon an eager Terrier-like public. Nonetheless, the fragile, over-read nature of some of these items only seems to deepen the interest for many collectors, who see in these books the invention of the Modern American.

Narratives and exploits published during the Wild West era may be scarce, but they are a hootenanny to read and collect. Expect all price points. But don’t place your back to the door or your boots on the hearth.

Angel is a bookseller at the Madison Avenue gallery. She remembers receiving a Bachelor’s Degree from Rutgers University a long time ago and her Master of Fine Arts from Brooklyn College almost as long ago, but finds working with rare books more educational. She reads, writes, and gardens in Jersey City and she is always looking forward to a new favorite book. Recent favorites include Jack Kerouac’s On the Road and Oliver Sacks’ Hallucinations.