In the midst of a stultified seminar, a somewhat exasperated professor posited the following question to me and my weary-eyed cohorts. “If you had to pick a single book to explain American life, what would it be?”

The responses were somewhat predictable, ranging from Twain’s Adventures of Huckleberry Finn to Fitzgerald’s The Great Gatsby. Finally, I gathered the guts to join the fray and suggested Babbitt by Sinclair Lewis. My classmates looked at me like dogs that have been shown a card trick. However, after laying out my argument I think I could have ethically moved a handful of them into the convinced column. Let’s see if I can do this once more.

Set in the fictional city of Zenith, sort of an “Anytown, U.S.A.,” Babbitt is a book that sets out to define and then skewer middle class American life.  George Babbitt, the novel’s everyman protagonist, is willfully imprisoned in a predictable existence highlighted by business meetings and dinner parties. His moderately successful real estate firm has afforded him all of the comforts of a “decent” life. He finds solace in the prevalence of name brand products in his household and is consistently concerned with acquiring the latest and greatest of any convenience. Socially, he aspires to become a larger part of various civic clubs and makes a concerted effort to mingle with the city’s movers and shakers. In short, Babbitt feels that conformity makes the individual. However, he begins to have his doubts.

In fact there was but one thing wrong with the Babbitt house: it was not a home.

As Babbitt peels away the veneer of his manufactured life, he is forced to confront the reality that what he is doing is not all that meaningful or unique. The empty banter with the neighbors is increasingly forced and he no longer experiences euphoria after a successful business deal. After the imprisonment of a close friend, Babbitt finds himself in a crisis.

Babbitt knew that in this place of death Paul was already dead. And as he pondered on the train home something in his own self seemed to have died: a loyal and vigorous faith in the goodness of the world, a fear of public disfavor, a pride in success.

Suddenly, Babbitt finds himself consorting with unseemly characters and openly railing against his former existence. He even defiles the sanctity of his marriage by having an affair with a new client at work. His rebellious spirit sputters out as he quickly realizes that this type of life presents its own set of challenges. After his wife falls seriously ill, Babbitt rushes to her side and begins the process of reconciling with his former self. 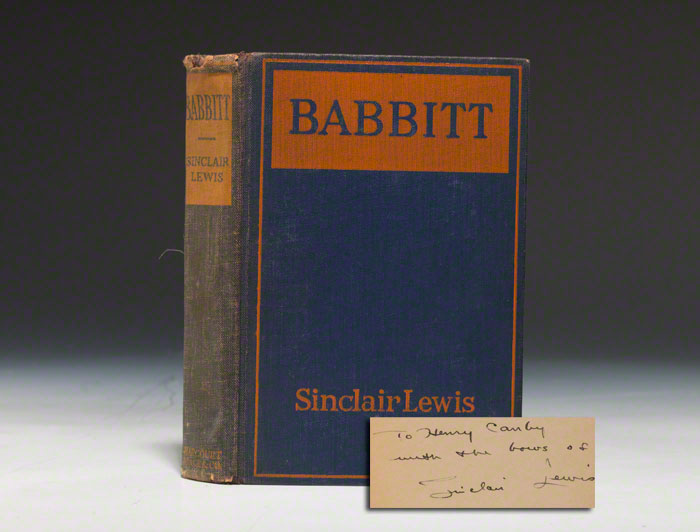 Within two weeks no one in the League was more violent regarding the wickedness of Seneca Doane, the crimes of labor unions, the perils of immigration, and the delights of golf, morality and bank accounts than was George F. Babbitt.

Despite this backslide, Babbitt is no longer the same man. After his son elopes with his neighbor’s daughter, a union that is frowned upon by the community because it’s based more on passion than practicality, Babbitt reveals his somewhat altered outlook.

I figure I’ve made about a quarter of an inch out of a possible hundred rods. Well, maybe you’ll carry things on further. I don’t know. But I do get a kind of sneaking pleasure out of the fact that you knew what you wanted to do and did it.

With this admission, Babbitt reveals that he is still troubled with this type of life, but he is too invested to change. At best, he can only hope that his son finds a way to his true self and escapes the confining comforts of Zenith.

The release of Babbitt made Sinclair Lewis a literary star. His satirical take on the American Dream came during a period when the country was embracing a wave of mass culture and increasing consumerism. Understandably, he garnered both praise and criticism. In 1926, Sinclair Lewis became the first American writer to be awarded the Nobel Prize for Literature, which he refused to accept. He was the first person to turn down this honor. Supposedly, Lewis was at odds with the award signifying the “best” book or author for that year, although he did end up accepting it when he was nominated again in 1930. 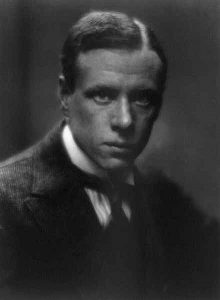 Since that time, Babbitt has remained a relevant satire of American consumerism and other sicknesses of the suburbs. The term “Babbittry” has even been defined in the Oxford English Dictionary as “behavior and attitudes characteristic of or associated with the character George F. Babbitt; esp. materialistic complacency and unthinking conformity.”

Perhaps, the secret to its staying power is that despite our best efforts, we all have some streak of Babbittry in our lives. The status symbols have certainly changed over the years, but we still tend to see each other as a product of the products that we have acquired. Furthermore, whether we admit to it or not, most of us are still quite concerned with “keeping up with the Joneses.” In that sense, Babbitt has achieved a certain degree of timelessness which is why I feel it is a great book for explaining life in America.

What book would you suggest? Why? Feel free to add your comments below.