5 Books and Their Presidents 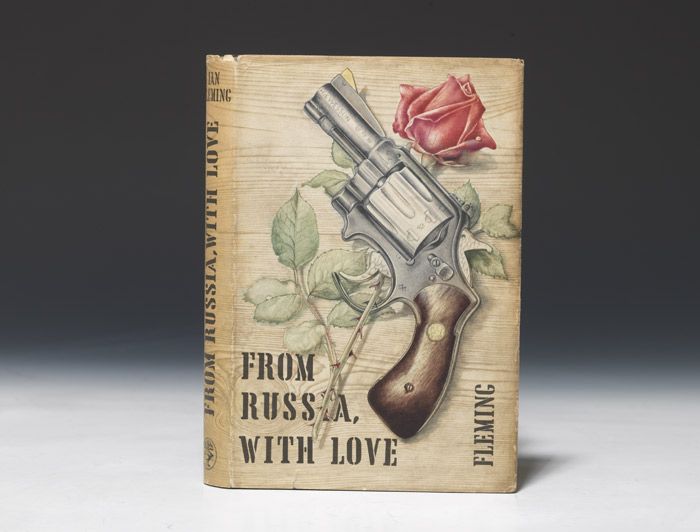 The popularity of Ian Fleming’s books in America rose dramatically in 1961 after President John F. Kennedy was reported to have named From Russia, With Love as one of his favorite books.  Fleming considers this title, his fifth to feature James Bond, to be his best work in the series.

On another note, From Russia, With Love was the first Bond novel to feature the work of English artist Richard Chopping on the cover.  Over the course of the following decade, Chopping would create covers for subsequent titles. 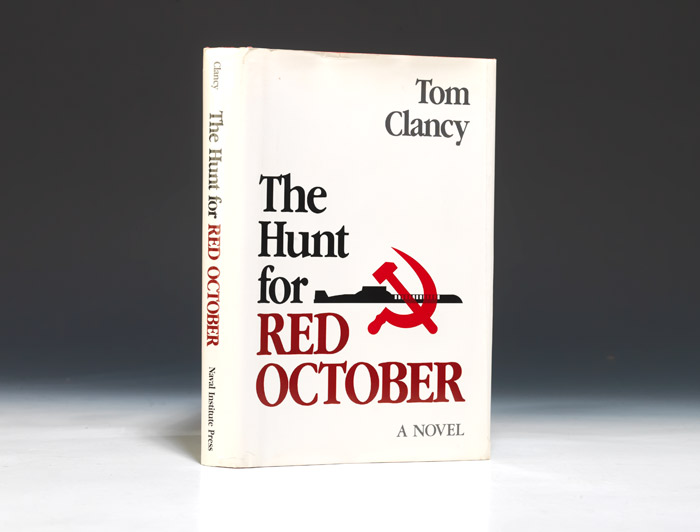 Tom Clancy’s first novel, The Hunt for Red October, caught the eye of President Ronald Reagan. The book was already a commercial success, but Reagan’s acclaim for the book at a televised press conference – calling it a “perfect yarn” – drew even further attention to the book and helped to cement the foundation for what would become a long and lasting career for the author.

Clancy based the book on interviews with intelligence officers and extensive research freely available to the public. However, it has been reported in The New York Times that at a White House lunch in 1985, then-Secretary of the Navy John F. Lehman, Jr., told the author, “If you were a naval officer, I would have you court-martialed because of all the classified information in your book.” 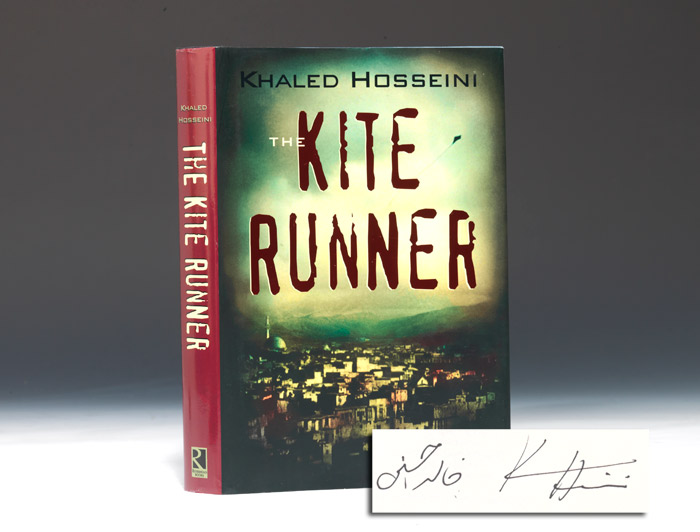 The Kite Runner by Khaled Hosseini was brought back into the spotlight by President Barack Obama over the Thanksgiving weekend this year, when he and his two daughters, Malia and Sasha, shopped at the Politics and Prose bookstore in Washington.

Set primarily in Kabul in Afghanistan, the book was a number one New York Times bestseller for over two years, with more than seven million copies sold in the United States alone. In 2005, Hosseini said, “Because its themes of friendship, betrayal, guilt, redemption and the uneasy love between fathers and sons are universal themes, and not specifically Afghan, the book has been able to reach across cultural, racial, religious and gender gaps to resonate with readers of varying backgrounds.” 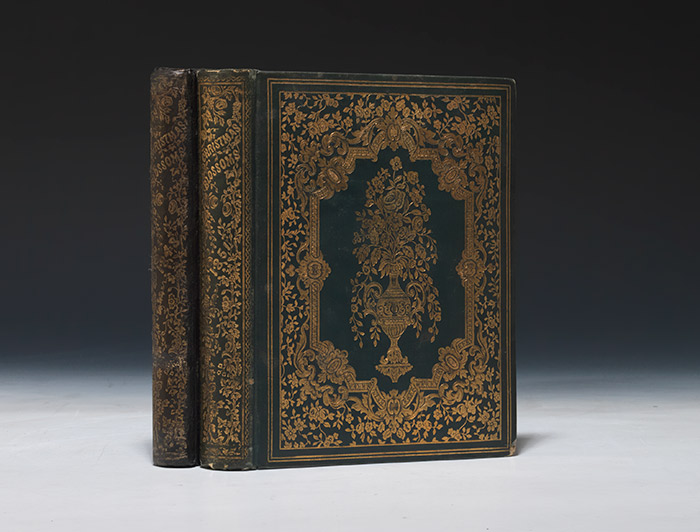 From the library of Franklin D. Roosevelt: the 1848 and 1851 editions of the “Christmas Blossoms” gift books for children.

President Franklin D. Roosevelt was a confirmed bibliophile with an extensive and impressive private library. He was a member of such book collectors’ organizations as the Club of Odd Volumes and the Grolier Club. At his death, his personal library numbered more than 21,000 volumes. And the signed 1848 and 1851 editions of the “Christmas Blossoms” gift books for children as seen here are from that library. The story focuses on Uncle Thomas, a Santa-like character whose Christmas visits bring not physical presents, but the gifts of story and verse.

The books are illustrated by the British artist John Sartain, who was living in America at the time of publication. Sartain is credited with pioneering the mezzotint engraving technique in the US, a technique that enabled artists to achieve a high degree of detail and tonal richness within their images. 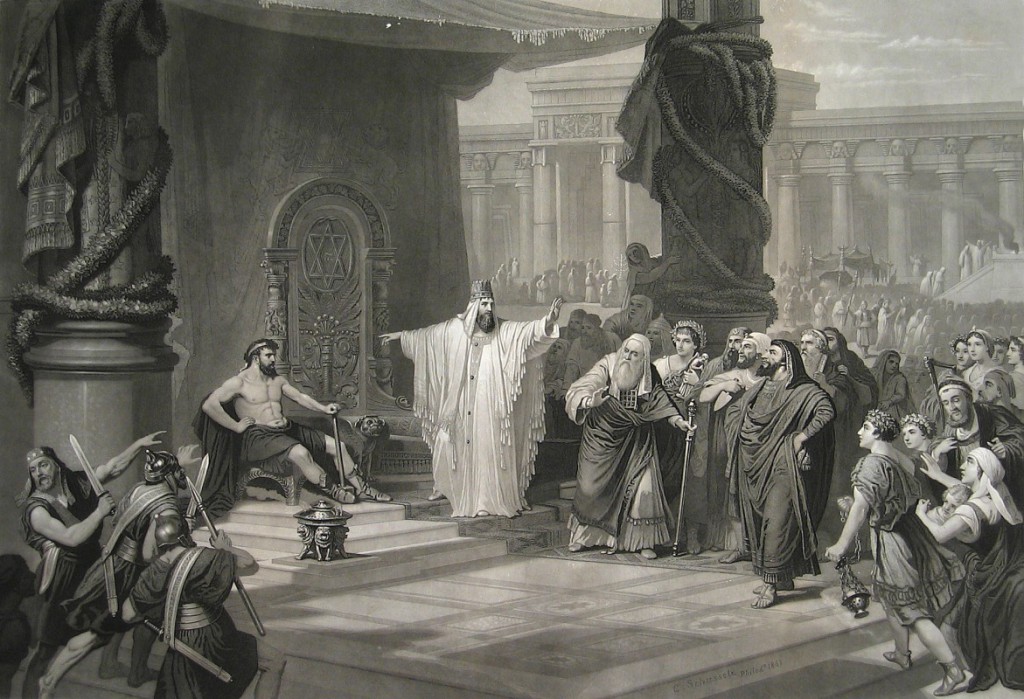 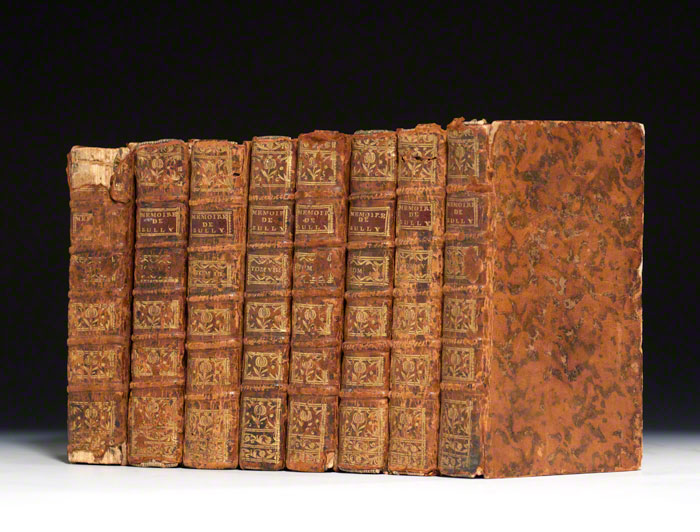 Thomas Jefferson’s copy of The Memoirs of The Duke of Sully (1767) with his ownership initials in each of the volumes.

Founding Father Thomas Jefferson compiled three substantial libraries in his lifetime, and once remarked, “I cannot live without books.” This set of The Memoirs of The Duke of Sully with Jefferson’s manuscript initials inside was almost certainly purchased by him to replace the first set he sold to the Library of Congress in 1815 following their loss of books during the War of 1812.

The work was recommended reading by Jefferson to anyone interested in the study of history. The two men held several economic notions in common, from favoring agriculture over industry as an economic base to raising stock and eliminating the destruction of forests.