As a lot of people are unable to visit our Las Vegas gallery, where anyone can take the time to look at, enjoy and handle rare books, I decided for this post to bring some of my favorite stories to you. Here are five pieces that I like to pull down for people when they visit, to share with them the great inspirational stories behind them. 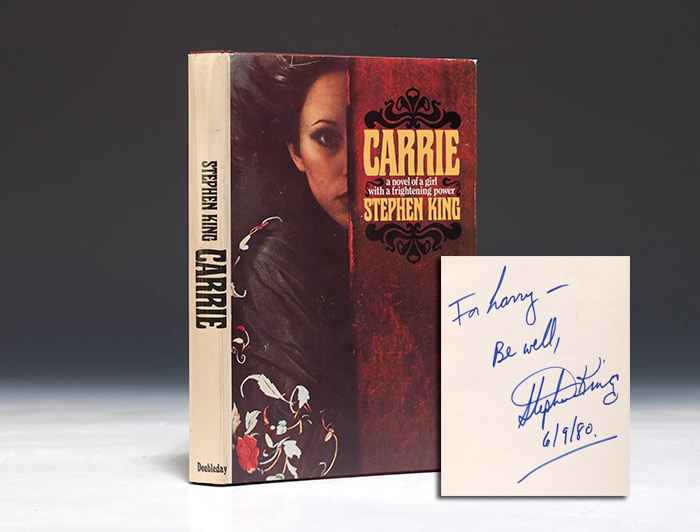 Carrie by Stephen King, inscribed by the author

Two unrelated ideas, adolescent cruelty and telekinesis, came together… I did three single-spaced pages of a first draft, then crumpled them up in disgust and threw them away… [The next night, my wife] Tabby had the pages… ‘You’ve got something here,’ she said. ‘I really think you do.’

Carrie launched Stephen King’s reign as “the best-selling American author during the final quarter of the 20th century” (Chronology of American Literature). When he wrote the work, however, he was living in a trailer and working at a laundromat for $60 a week. Fearing he had nothing worth pursuing, King abandoned the work. Fortunately his wife’s instincts were right.

King noted in an interview with The New York Times that life in the trailer ended in 1973, when publisher Doubleday bought Carrie for a $2500 advance. He also said hardcover sales were not spectacular, but the paperback sales-boosted by the [1976] film of the novel-were nearly 4,000,000 copies.

“The movie made the book, and the book made me,” he said. 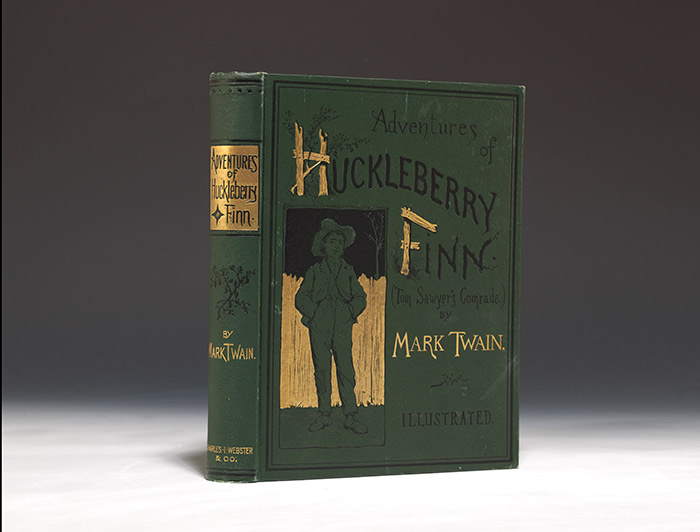 Written over an eight-year period, Mark Twain’s Adventures of Huckleberry Finn was hated by many critics from the moment of publication, standing accused of “blood-curdling humor,” immorality, coarseness and profanity. The work nevertheless emerged as one of the defining novels of American literature, prompting praise from another great American author.

All modern literature comes from one book by Mark Twain. It’s the best book we’ve had. All American writing comes from that. There was nothing before. There has been nothing since.

3: Call of the Wild by Jack London 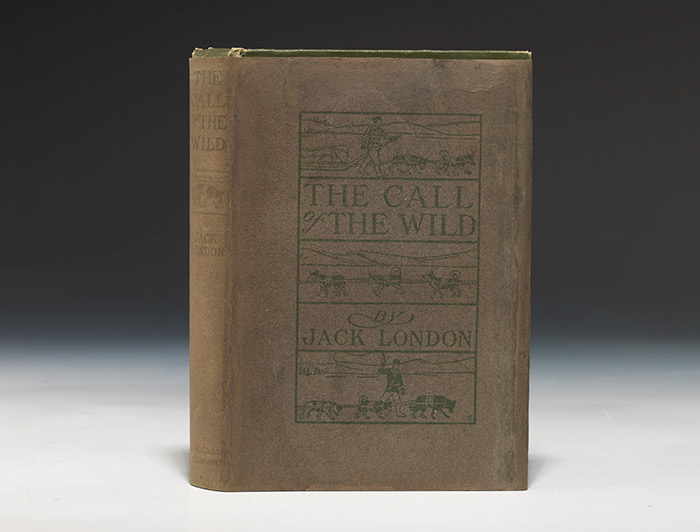 The Call of the Wild inscribed by Jack London

Dear Mother, You have always loved your son, and things with us always will be well. Jack. July 22, 1903.

The relationship Jack London had with his mother was not an easy one and ranged from tenderness to intensely strained. That said, his mother valued her son’s education and did encourage him to write. When London finally made money off his writing (he inscribed this copy four days after its publication) he bought his then-widowed mother a house and provided her with financial support. The inscription carries with it a spirit of warmth, conviction in her love, and hope for their future. 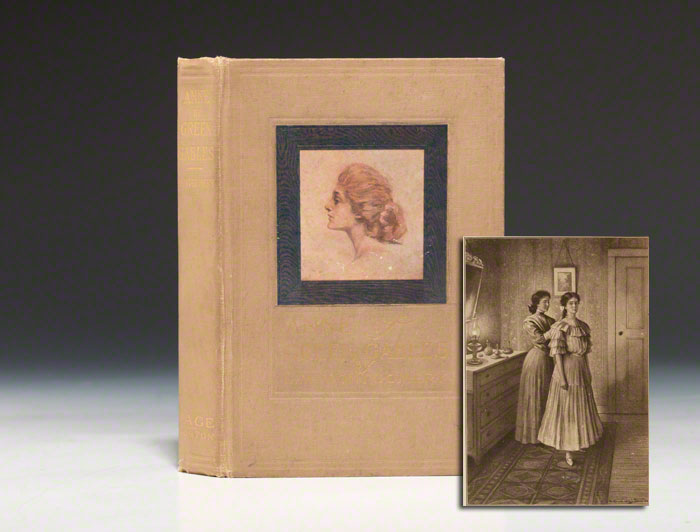 The Dearest and most lovable child in fiction since the immortal Alice.

Anne first came into being in the spring of 1904, when Montgomery created the character as a serial for a Sunday school periodical. She became so real that Montgomery decided to develop the idea into a full novel. The work was completed in 1905, but was rejected by four major American publishing houses, and it was not until 1907 that Montgomery found a publisher. The best seller that would make the remote Canadian province of Prince Edward Island known around the globe was not to be published in Montgomery’s native Canada until 1942, the year Montgomery died. 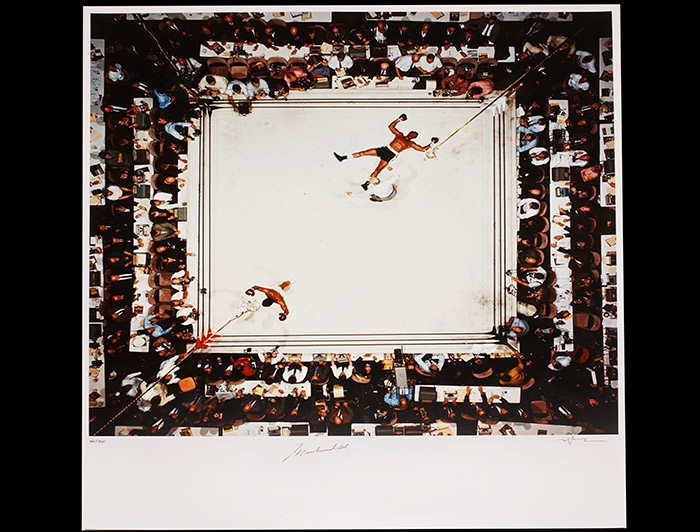 Sonny Liston said Williams hit the hardest of any man he ever fought… He survived a gun shot wound at near point blank range. They said he hit so hard he couldn’t keep sparring partners… By round three he was knocked out.

One of my favorite images is this poster-size color photograph taken from overhead of Muhammad Ali returning to his corner with his fists raised over his head in triumph, leaving behind a sprawled-out Cleveland “Big Cat” Williams. This  image is one of 350 copies printed and signed by the photographer Neil Leifer. This particular print is also signed by Ali making it all the more special.