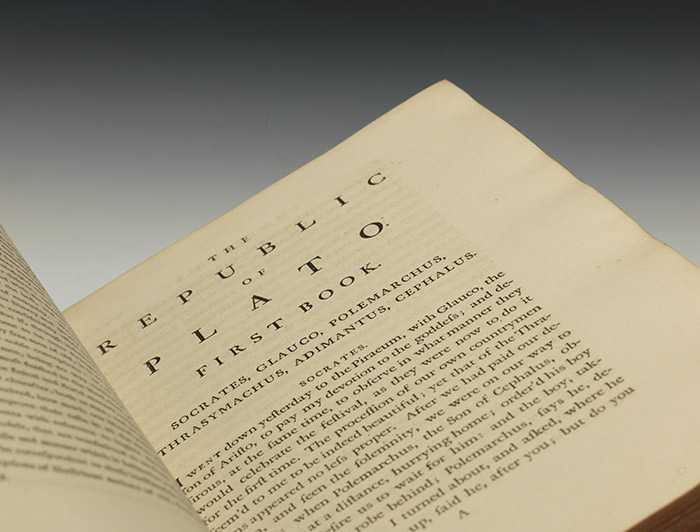 That Plato should be the first of all the ancient philosophers to be translated and broadcast by the printing press was inevitable.

Printed in the midst of the Enlightenment, this first edition in English of Plato’s Republic brought a cornerstone of Western philosophy and politics to a whole new audience.  Plato’s enduring dialogues related to the construction of the ideal state and citizen were undoubtedly relevant at the time of this edition’s release in 1763. The next few decades were defined by the American and French Revolutions and without question these momentous upheavals were influenced by the renewed relevance of great thinkers like Plato. 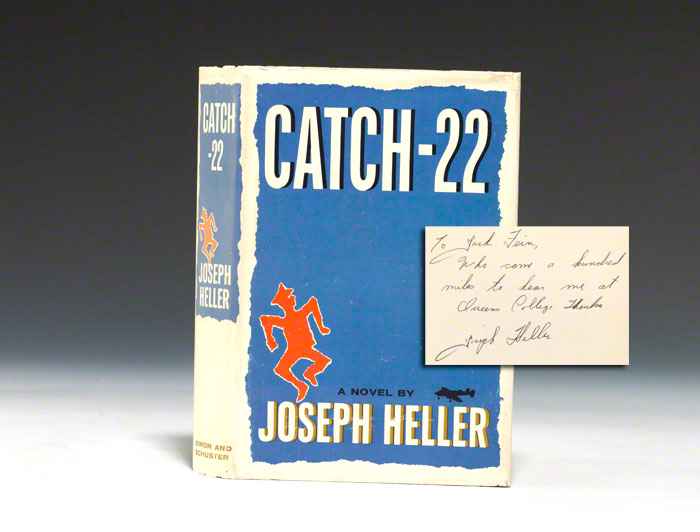 One of the most bitterly funny works in the language.

The first novel by Joseph Heller quickly became a classic of anti-war literature. With its cadre of madcap characters, Catch-22 managed to fiercely satirize the alleged logic and sanity of war.  So effective were Heller’s humor and insight that the title passed cleanly into the English language with its precise evocation of an unwinnable situation. Even today, when I find myself in a situation in which absurdity seems to reign supreme, I cannot help but think of Heller’s uproarious masterwork. This first edition copy is additionally inscribed by Heller. 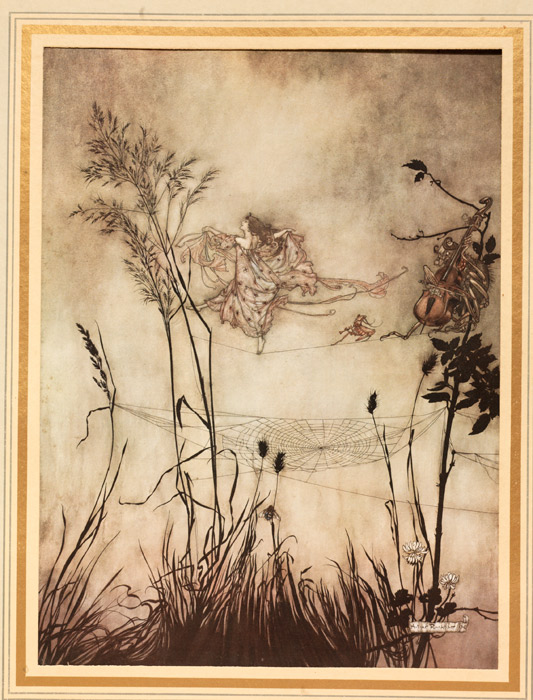 The signature style of Arthur Rackham seemed the perfect fit to illustrate J.M. Barrie’s whimsical tales of Peter Pan.  Published in 1912 to capitalize on the popularity of the stage production Peter and Wendy, this portfolio contains 12 pictures considered to be Rackham’s personal favorites from the 50 original plates he designed for Barrie’s earlier Peter Pan text, Peter Pan in Kensington Gardens. This is the only suite of Rackham’s plates issued in an oversize portfolio format and one of only five hundred copies signed by both the publisher and the engraver. 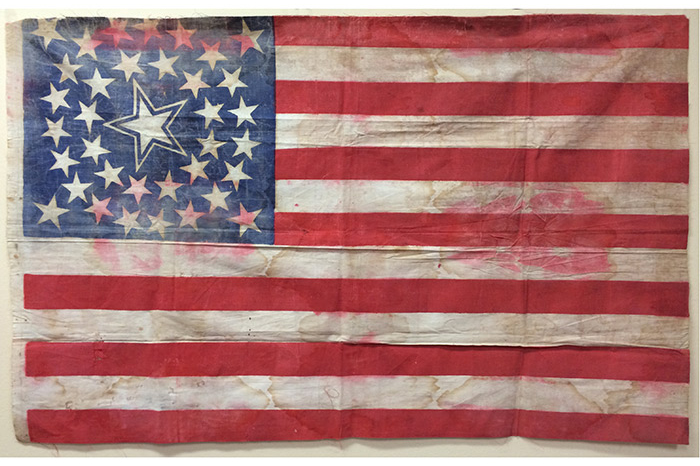 Even though Nevada, sometimes referred to as the “Battle Born State,” joined the Union during the Civil War, it was not officially recognized as a state until July 4th, 1865, several months after the war ended. This 36-star printed American flag from 1865 commemorated the event. This was the first US flag produced after the Civil War and features a double medallion pattern of stars with the center star representing Nevada’s official introduction to the Union. Interestingly enough, it was the official flag of the United States only for a couple years when an additional star was included to represent Nebraska’s statehood in 1867. 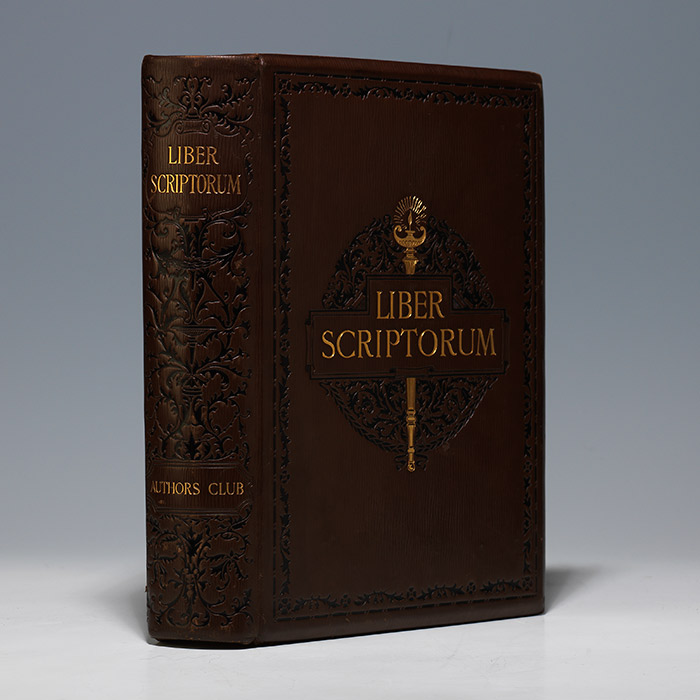 Its members included the likes of Mark Twain, Theodore Roosevelt, and Andrew Carnegie.

The Authors Club of New York, organized in 1882, was a social club for like-minded men and a support group for younger writers. Its members included the likes of Mark Twain, Theodore Roosevelt, and Andrew Carnegie. In 1891, club members conceived Liber Scriptorum as a means to raise money for a suitable permanent home. Each member contributed an original essay, story or poem that would never be published elsewhere. Each author signed 251 copies of his entry, and the books were then bound. After the production was completed, Andrew Carnegie decided to give the club suites at one of his buildings and the profits of the Liber Scriptorum were then used to furnish the rooms.  I suppose it’s always nice to have someone like Andrew Carnegie involved when you’re trying to raise funds! 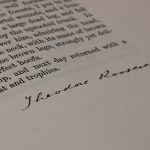 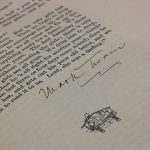 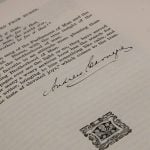